China to send Liu He to US to sign phase one deal next week but phase two talks remain remote- 09.01.2020 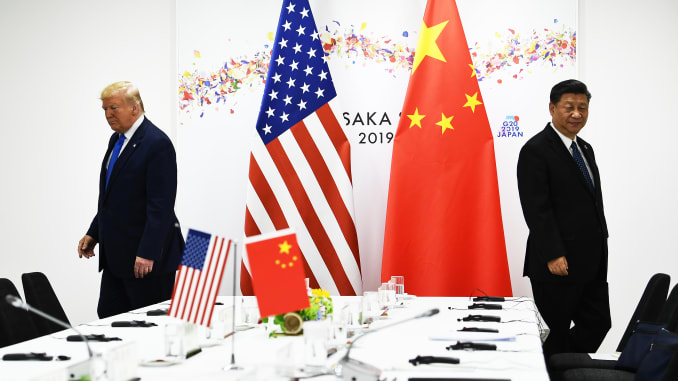 China has confirmed it will send a delegation led by Vice-Premier Liu He to sign the phase one deal with the United States next Monday, but showed progress on the second phase of negotiations would not materialise any time soon.

Ministry of Commerce spokesman Gao Feng said at a press conference in Beijing on Thursday that Liu “will lead a delegation to visit Washington from January 13 to 15 to sign the phase one deal with the US”. At the same time, Gao said China has “no information” to provide on the phase two talks.

Liu’s trip had been arranged following “an invitation by the US”, the spokesman said, though the vice-premier will not bear the title of “special ambassador of President Xi Jinping”, and will instead travel to Washington as “a Politburo member, Vice-Premier and the China side leader for China-US comprehensive economic dialogue”.

The South China Morning Post reported on Sunday that Liu had postponed his trip to Washington by eight days to January 13 after US President Donald Trump published a tweet on New Year’s Eve that he would sign the deal on January 15 at the White House.

The tweet had surprised officials in Beijing, with China only revising its plans to accommodate Trump’s plan following “a full afternoon’s discussion”, the Post reported.

Gao did not confirm that China had changed its plans or provide details of a proposed phase two part of the trade deal, despite Trump also tweeting that “At a later date I will be going to Beijing where talks will begin on Phase Two!”

But at the same time, Gao said the two countries’ negotiating teams are still “communicating closely” over the specifics of how to sign the deal.

China has been relatively guarded over how the interim deal will be signed compared to the US side, reflecting that officials in Beijing are less enthusiastic than their American counterparts about signing the agreement.

Han Jun, a key member in China’s negotiation team and a deputy agriculture minister, was quoted this week by the Chinese magazine Caixin as saying that China has no intention of changing its grain import quota system, a decision that analysts say could make it hard for Beijing to meet US demands that it buy an additional US$80 billion in American agricultural goods over two years.

Gao said China’s grain import quota system was “not contradictory” to the country’s plan of boosting US imports.

Huo Jianguo, the former head of a think-tank under China's Ministry of Commerce, said the signing of the phase one deal will only “temporarily ease of tensions” in bilateral trade relations because some punitive US tariffs will remain.

Huo said the phase two talks will be even more difficult than the phase one deal because the next stage of negotiations will involve structural issues concerning China’s economy that required deeper reforms from Beijing, including changes to industrial policies, subsidies and higher-level opening-up - all of which were much more difficult for Beijing and Washington to achieve a consensus on.

Larry Hu, chief China economist at Macquarie Capital in Hong Kong, said China was less eager to sign a deal than the US.

“The Trump administration has a presidential election to run but the Chinese government doesn’t,” Hu said.