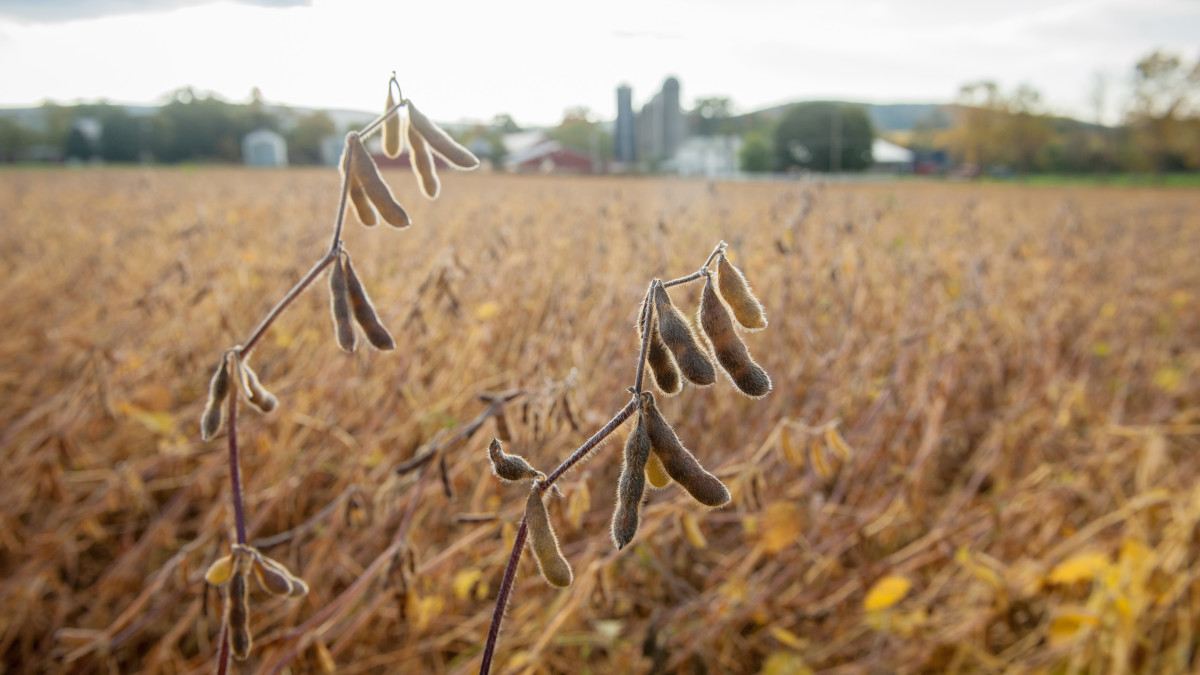 BEIJING (Reuters) - China boosted its soybean production by 13% in 2019 amid a trade war with No. 2 supplier the United States, official data showed on Friday, helping it record a slight rise in total food crop output.

Soybean production jumped to 18.1 million tonnes, the National Bureau of Statistics said, with the area devoted to the oilseed rising 11% after Beijing began offering generous subsidies to farmers to grow the beans.

Locally grown soybeans are used mainly in food, but are still dwarfed by imports that are crushed into meal to feed the country’s huge livestock herd.

China brought in 70.69 million tonnes of the oilseed in the first 10 months of the year. It has been increasing shipments from its top supplier Brazil at the expense of U.S. growers.

Beijing has also sought to promote soybeans along with other higher value cash crops such as rapeseed, peanuts and vegetables, while reducing planting of staple grains like corn, wheat and rice due to surplus production of low quality crops.

It is also targeting a reduction of corn and wheat on unsuitable land, such as parts of northern China where groundwater has been overexploited.

Rice output fell by 1.2% over the previous year due to a reduction in planting of low-quality and low-efficiency early rice, with many areas moving to planting just one crop per year.