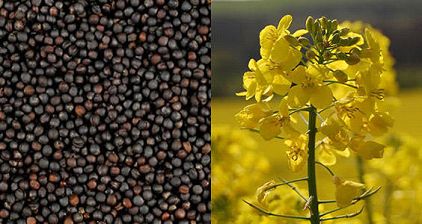 According to the recent statistics figures, Ukraine reduced the planrted areas under winter rapeseed for the harvest-2020 by almost 200 thsd ha — to 1.1 mln ha, against 1.3 mln ha last year (down 15%). The trend developed, due to several reasons.

Firstly, the dry weather events in several oblasts — Cherkasy, Vinnytsia, Sumy, Poltava oblasts, some raions of Odessa, Dnipropetrovsk, Donetsk, Kharkiv and Chernihiv oblasts — prevented the optimum time of carrying the planting campaign of the oilseed at the planned level. Many companies informed about the stoppage or even complete cancellation of the planting works, poor sprouting or its deficit. According to preliminary estimations, more than 40 thsd ha of the areas, or 4%, did not form any sprouts.

The upcoming changes since January 1, 2020, regarding the VAT refunds to companies-exporters, which will keep the compensation for the companies growing rapeseed by themselves only, became another constraining factor in the reporting planting campaign of rapeseed. Due to the fact that rapeseed is exclusively export agricultural crop, some agrarians considered the issue as the risk factor for selling of the future harvest.